With the app released work was finished for now and it's time to travel again. So let's hop over to the South Island. The weather started out rainy and cold in Wellington but half way the sky cleared and the sun was greeting us. A first view on the Marlborough Sounds from the ferry: Picton harbour at sunset - even better: On the next day we drove deep into the Sounds to Mistletoe Bay which has a nice walk up to the Onahau Hilltop Lookout. And it's a true lookout with stunning 360° views. Next stop Marfells Beach, a nice little campground directly on the beach which features a walk to the historic Cape Campbell Lighthouse. From the lighthouse you can even see the North Island on a clear day: So the 1.5 hours walk along the beach to the lighthouse was quite nice but the same way back could become a bit boring. Luckily before we were even halfway back two quads came along and offered to take us back to the campground, so we were speeding back over sand and stone while frantically holding our hats.

The best part was still to come. The two guys were catching some crayfish and offered to cook us one for dinner. 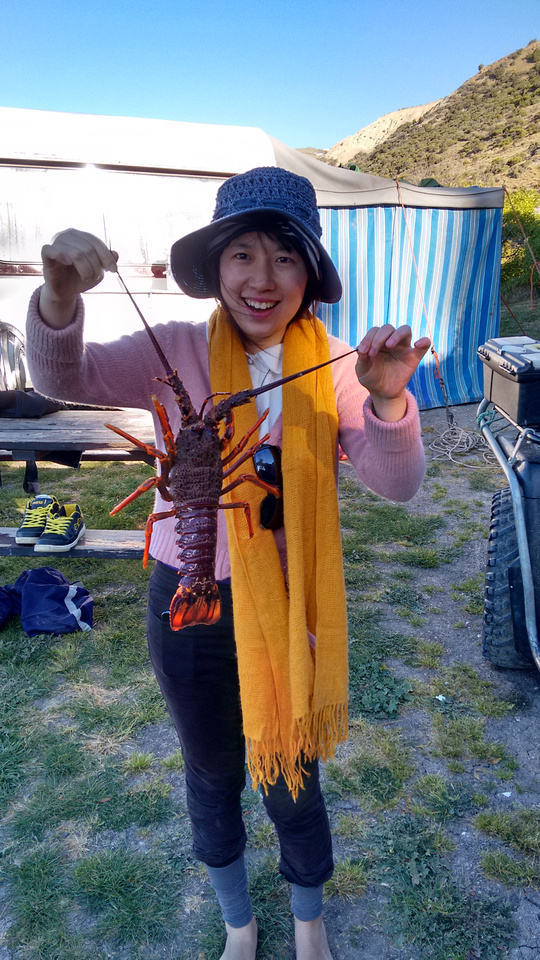 After 10 minutes of boiling: Apparently we ate the first one so eagerly that they gave us a second one. I guess that's the famous Kiwi hospitality.

On the next day another beach walk was waiting. Described as "Tiring 5km one way" but with the promise of an unspoiled tourist-free seal colony. It took us more than 1.5 hours before we saw the first seal: After 2.5 hours we finally reached "The Needles" and it was definitly worth the effort: