The Forgotten World Highway ends in Tauramunui, starting point for many activities. One is the Timber Trail, a mountain bike trail through the Pureora Forest which follows historic railway lines and haul roads. 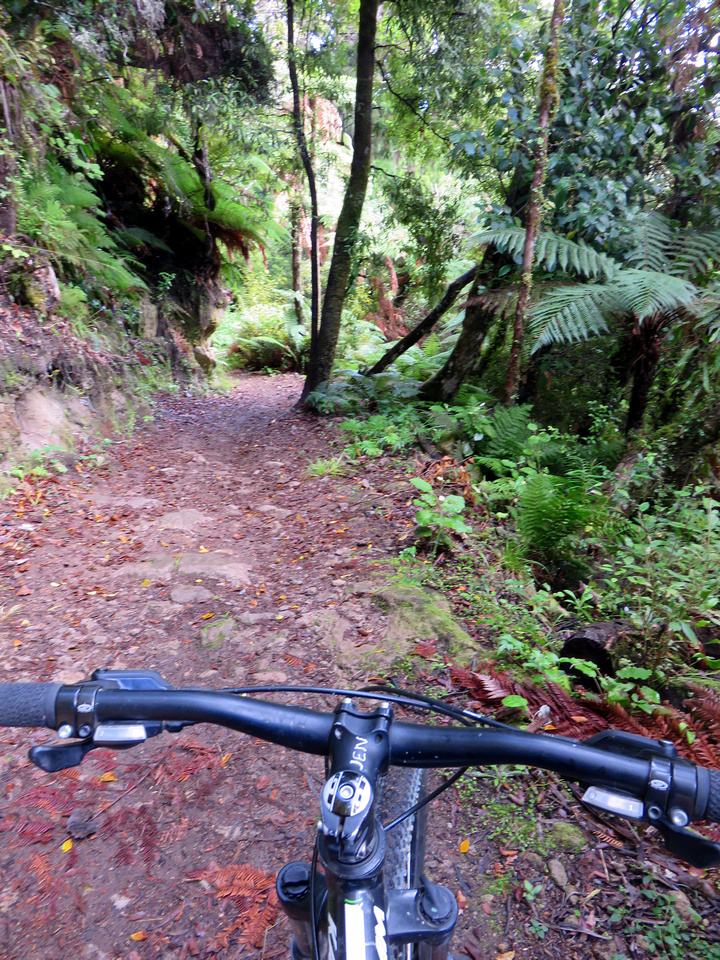 It features some of the highest and longest suspension bridges, the most impressive one is Maramataha Bridge with a length of 141m

It was again a bright and sunny day... 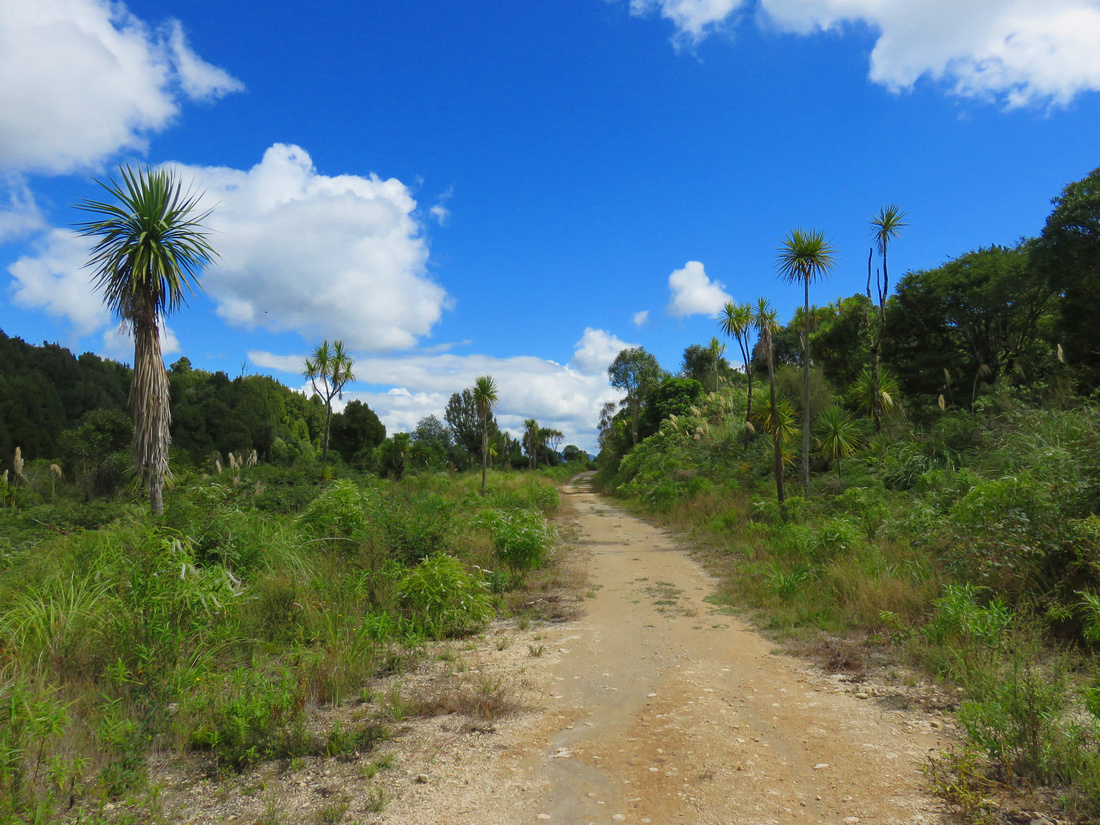 ...so when I entered the dark tunnel I was suddenly like blind as it is in a bend and you don't see the end of the tunnel. 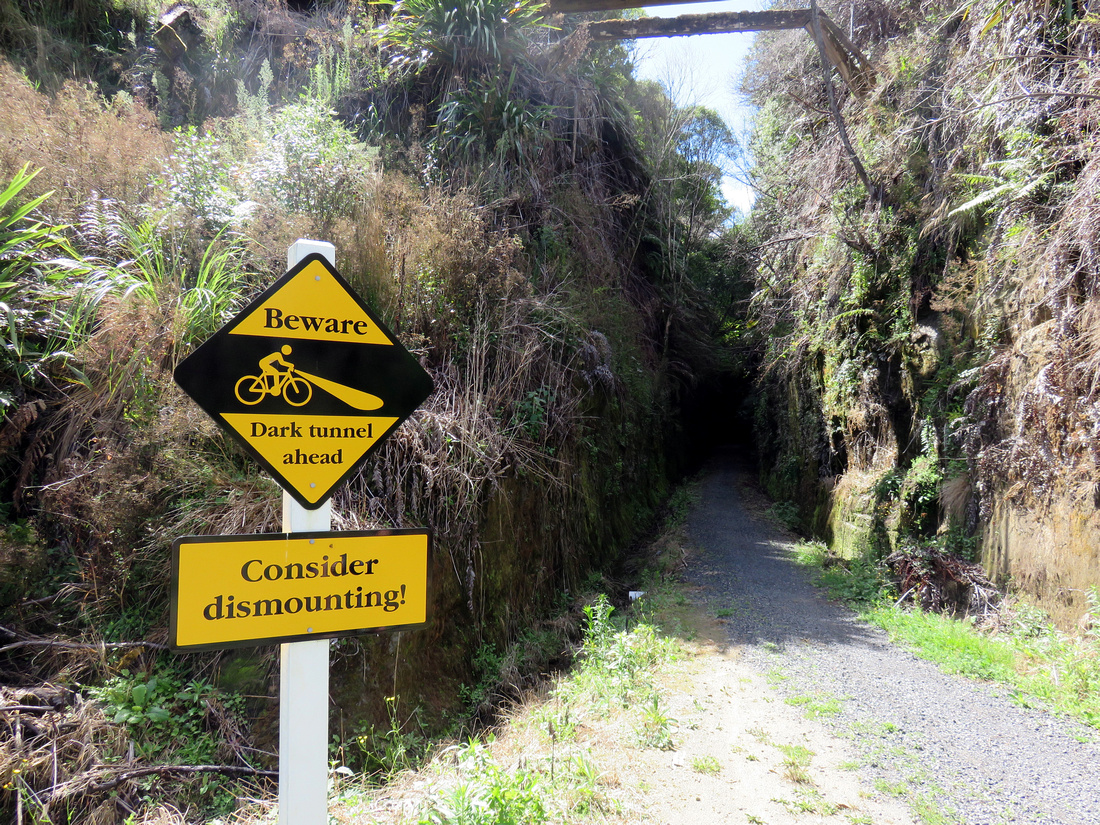 The top activity in Taumarunui is the Great Walk that is no walk: The Whanganui River Journey, a 3-5 day trip down the river in a canoe. Despite the weather forecast it was marvellous on the first day: 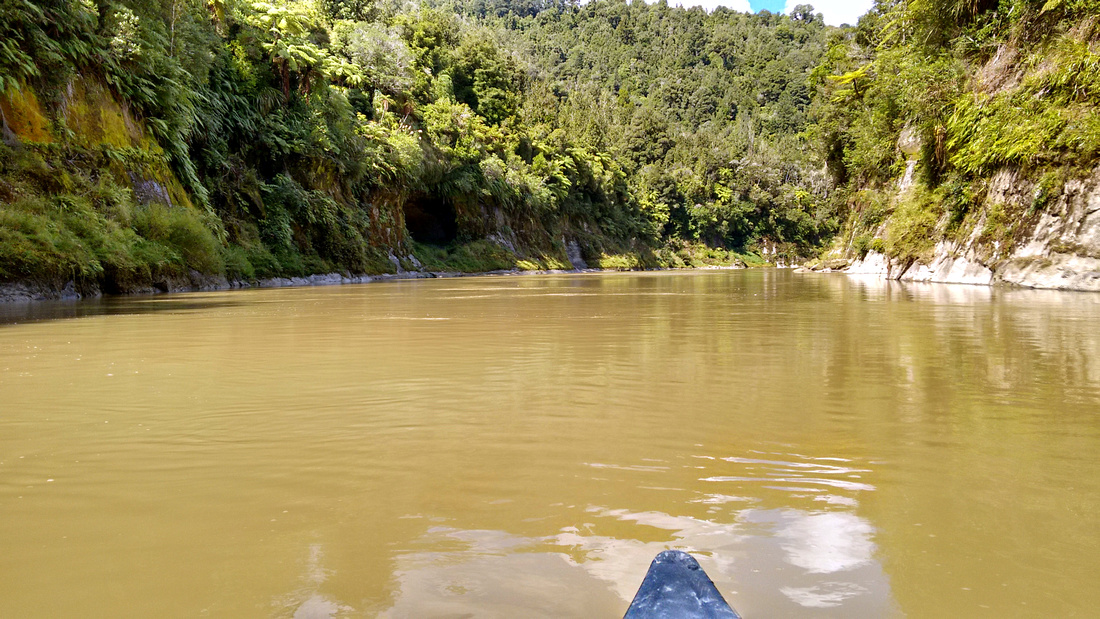 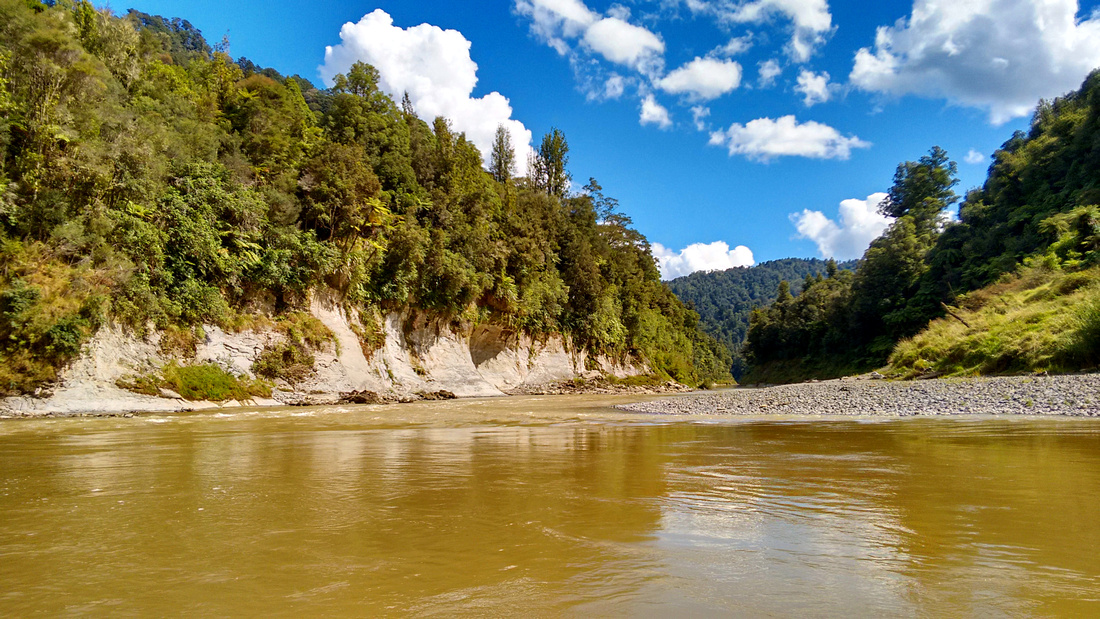 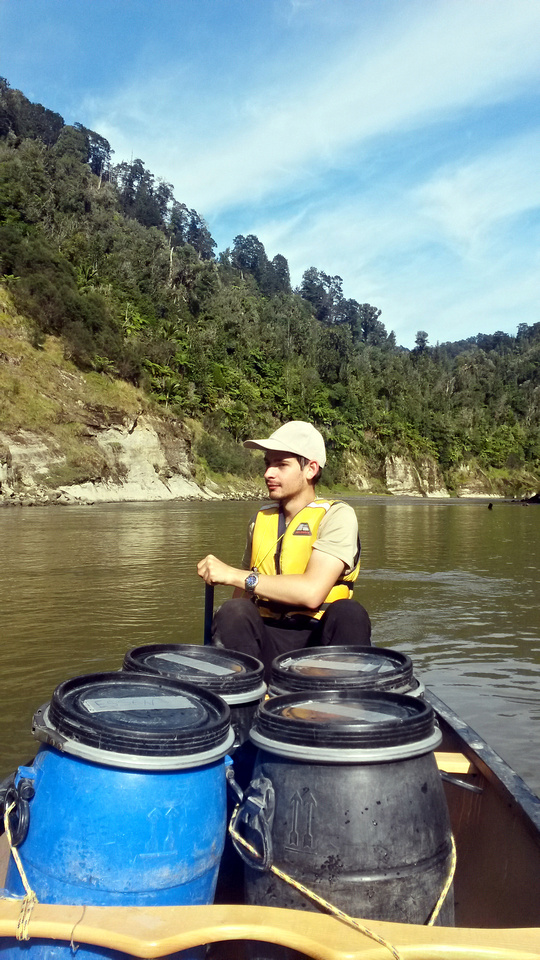 A short walk from the river is the Bridge to Nowhere, a concrete bridge built in 1935/36 across a deep gorge to provide access to a valley that was given to WWI veterans for settlement around 1917. The intention was to build roads to it later, but the area proved to be so remote and unsuitable for farming that the last 3 families left a few years after the bridge was completed. 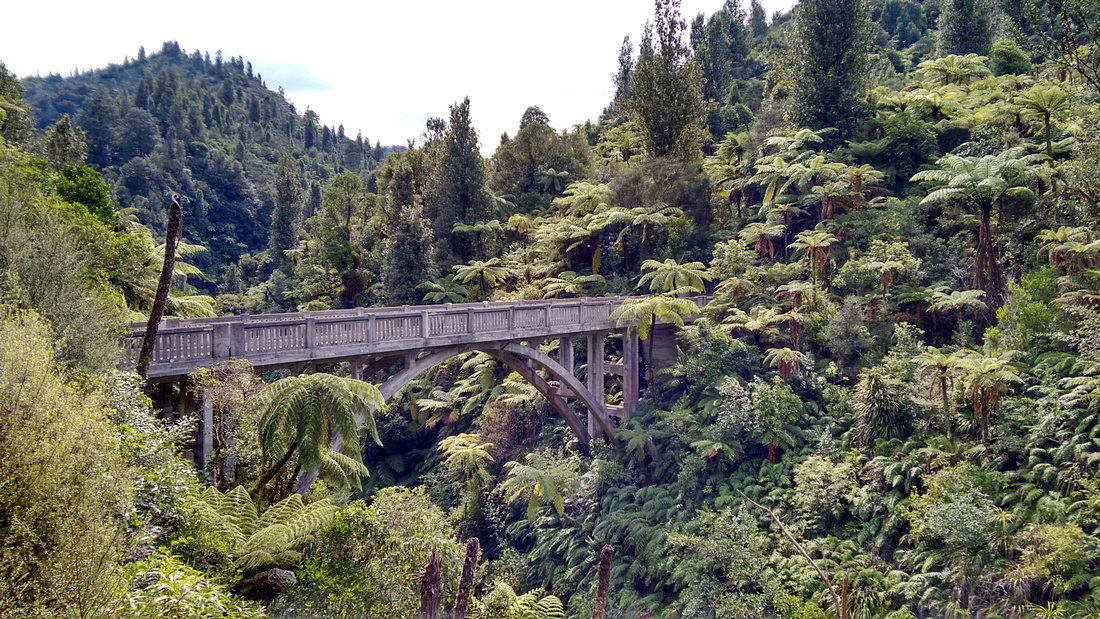 The last day started very slow with heavy headwind but towards the end of the journey are the best rapids. One of the last is the 50/50 rapid, named after the chance you have to get through without flipping over. I can confirm that it's true as two of the three other canoes nearby flipped over.