Coming down from Kaikoura there is a very interesting accomodation option in Waipara. The Waipara Sleepers, some historic railway wagons transformed into rooms: 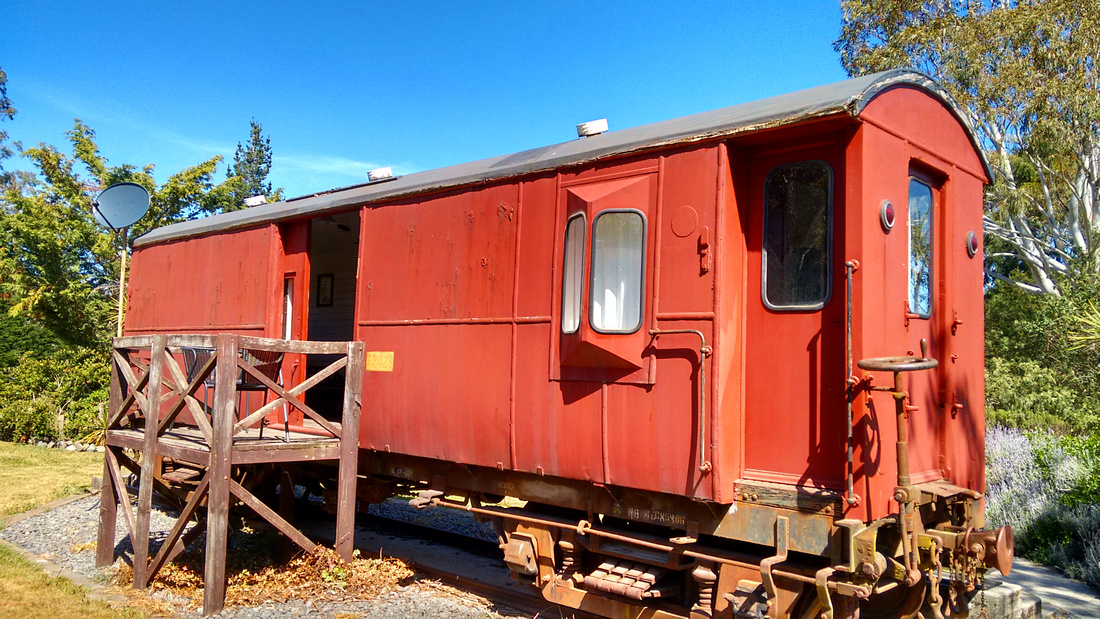 The inside is very cosy: 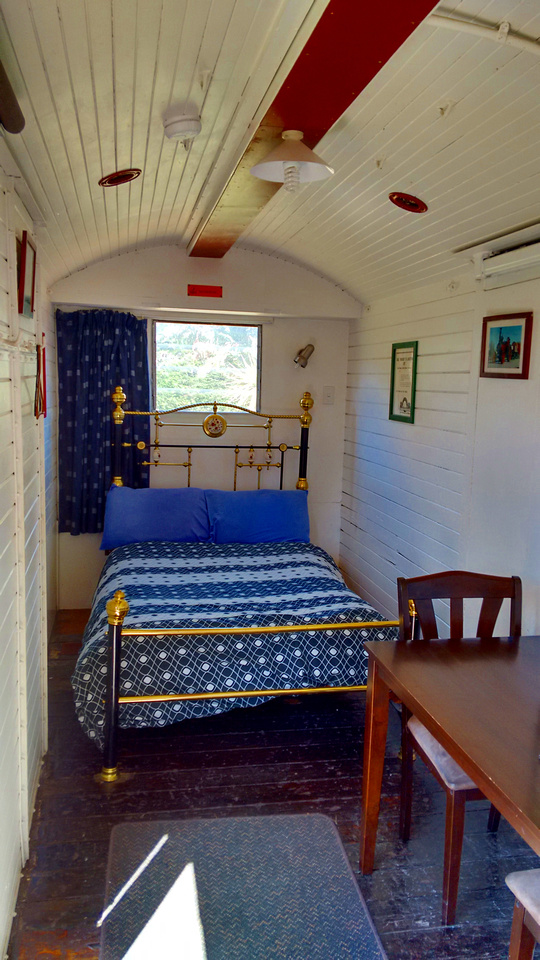 Further down the coast just next to Christchurch is the Banks Peninsula. The main town Akaroa (700 residents) was the French settlement in New Zealand bought from the local Maori by a French whaler. The British claimed the land first though so it never was officially French but the influence of the first settlers is still visible everywhere. For example a Backpackers double room looks like this: 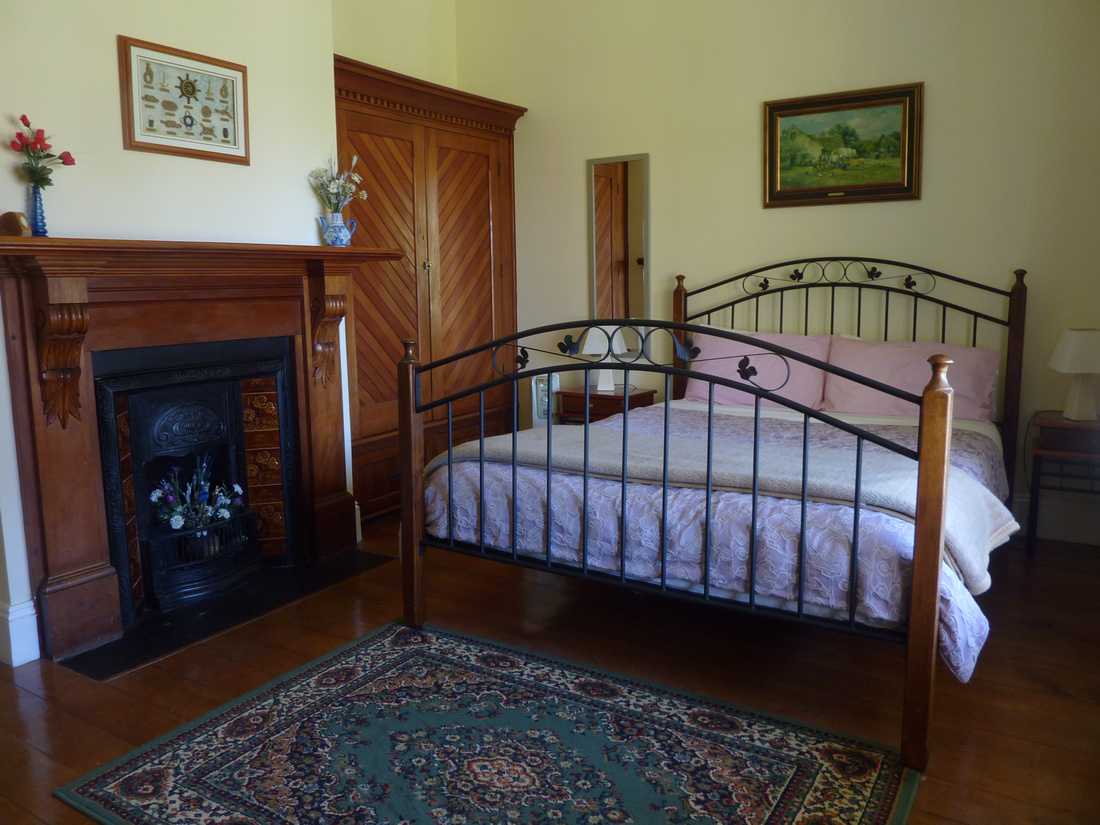 And they even had a piano! 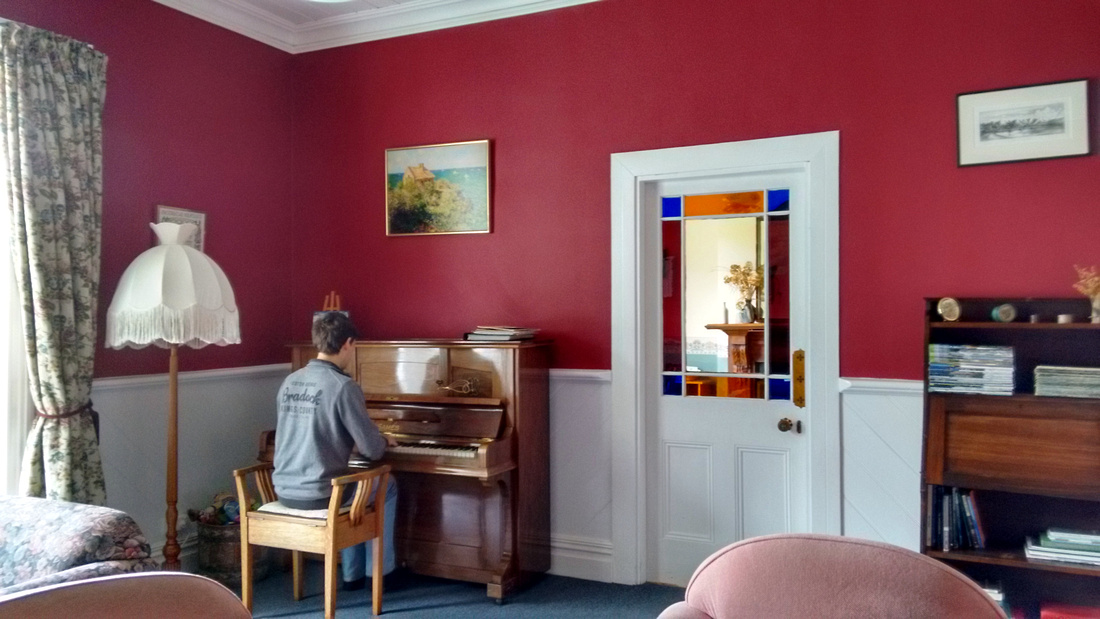 All along the peninsula goes the Summit Rd, where you have magnificent views into all the bays: 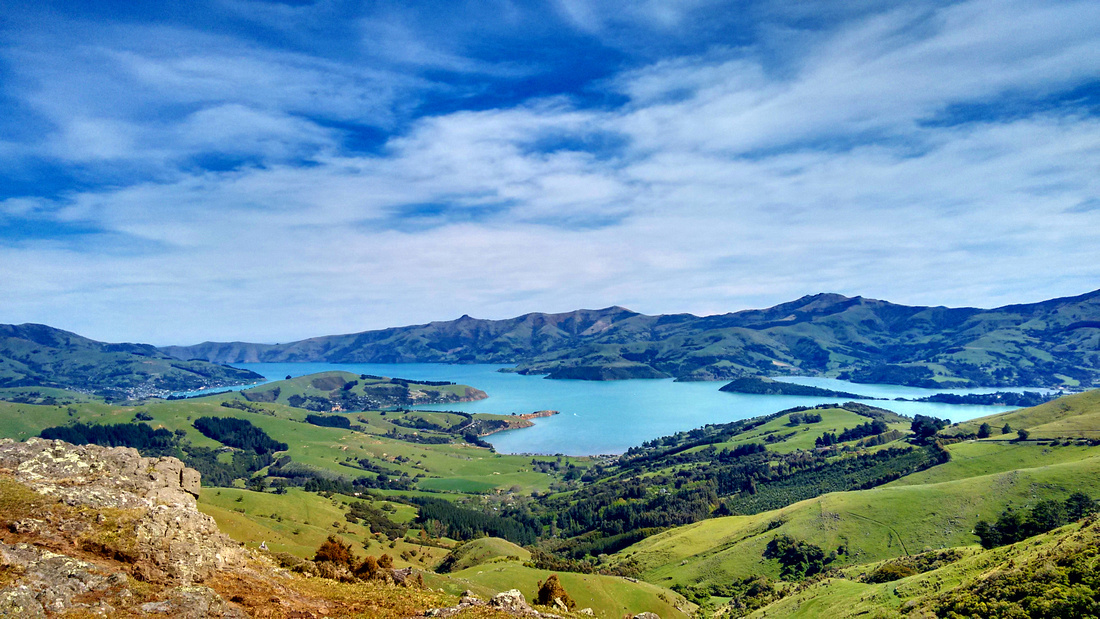 And you can also do some walking to get to some more remote viewpoints: 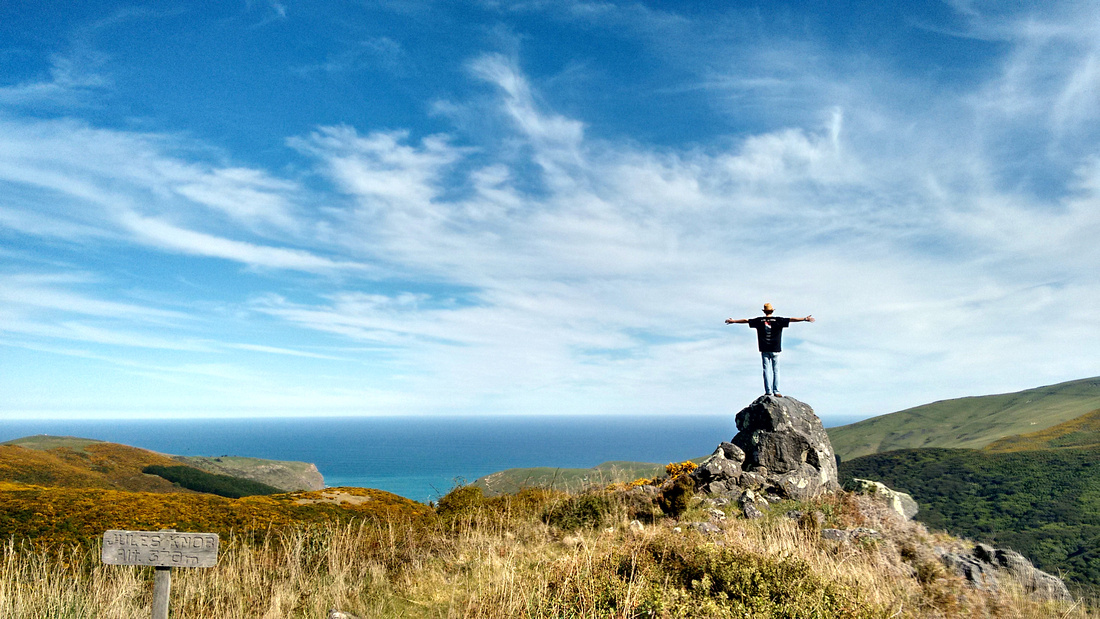 Again a view from the Summit Rd onto the small Onawe peninsula... 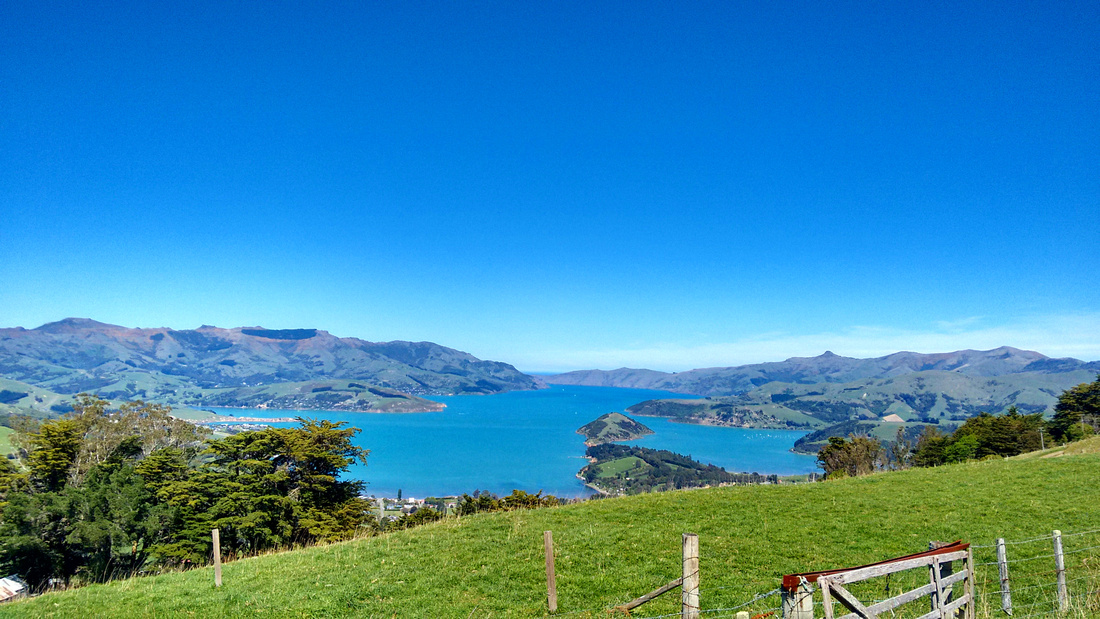 ...which you can access by an adventurous walk (if you don't choose the easily walkable beach) 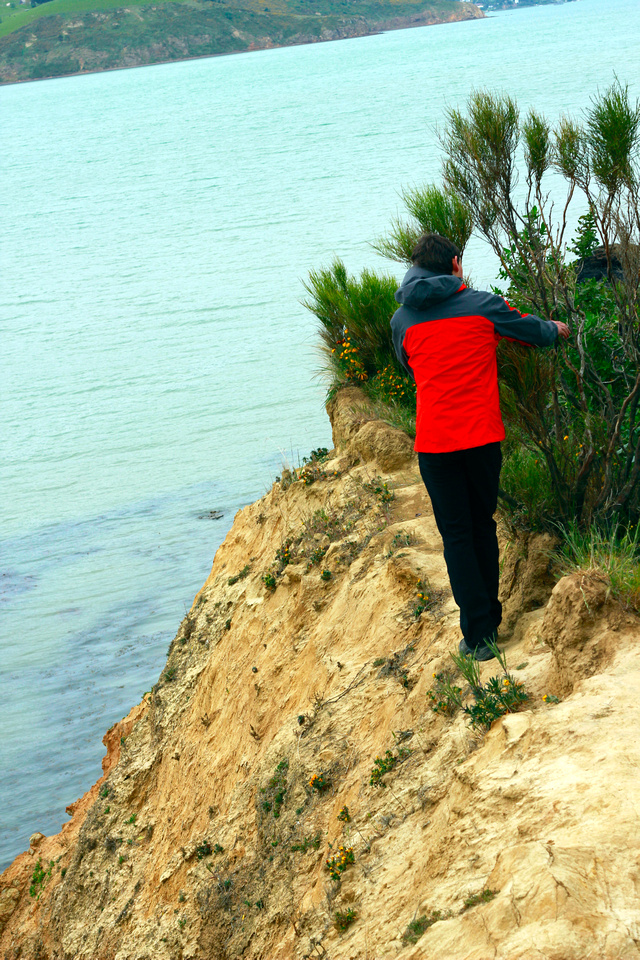 In Christchurch we had our first two rainy days, perfect for the museum and the Antarctic Centre, which is probably a bit overpriced but the ride on the Hagglund is good fun: 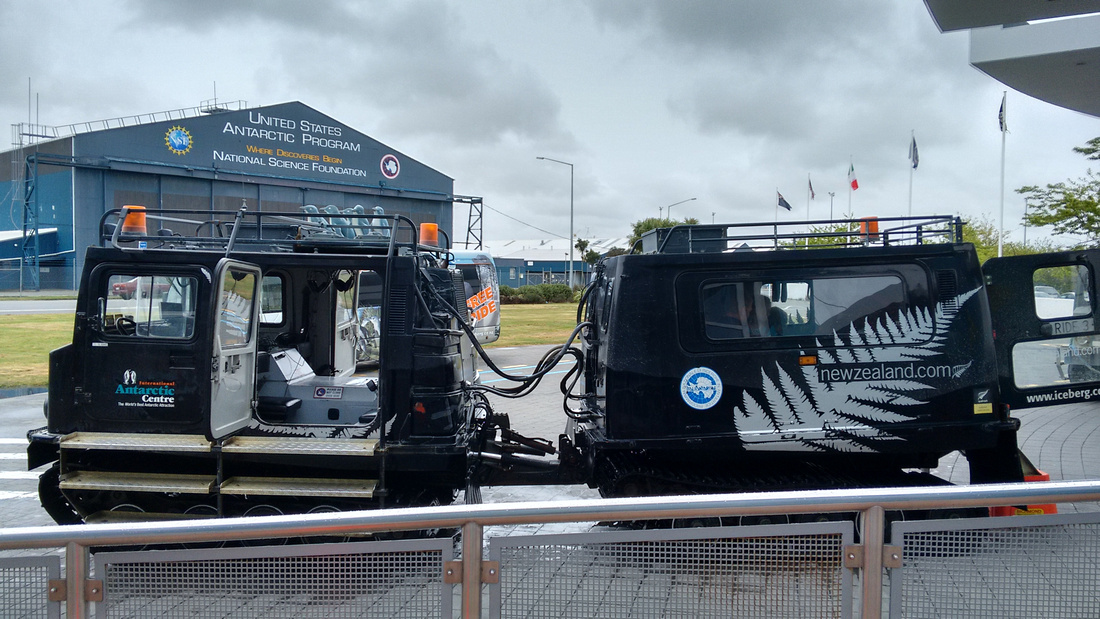