On the way East back to the coast is a natural attraction on private land: The Grey Cliffs. The generous landowners allow you to enter for $5 per car. Unfortunately the private part of the road is possibly the worst road I came across in New Zealand so far, even in India it would be considered a bad road. In the one hour it took us to drive in and look around 4 other cars came or left so that's $25 in one hour on a rainy afternoon in Spring. They must make heaps of money especially in Summer but apparently they need it for something else than road maintenance...

The cliffs itself are quite interesting though: 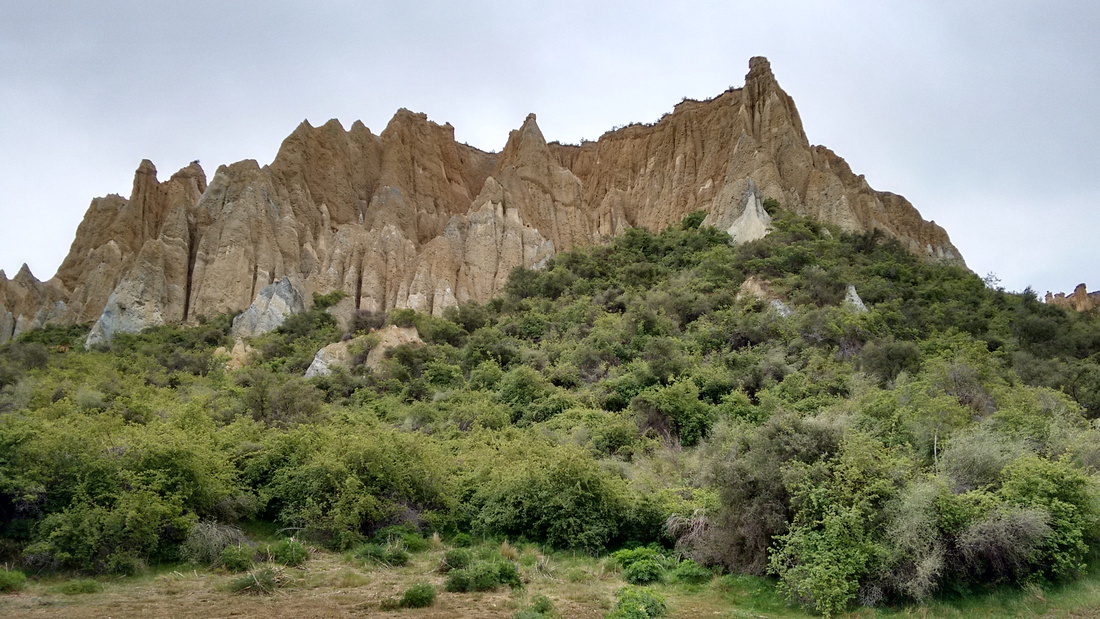 Coming back to the coast the next stop is Oamaru. A town famous for its victorian architecture and the Steampunk scene: 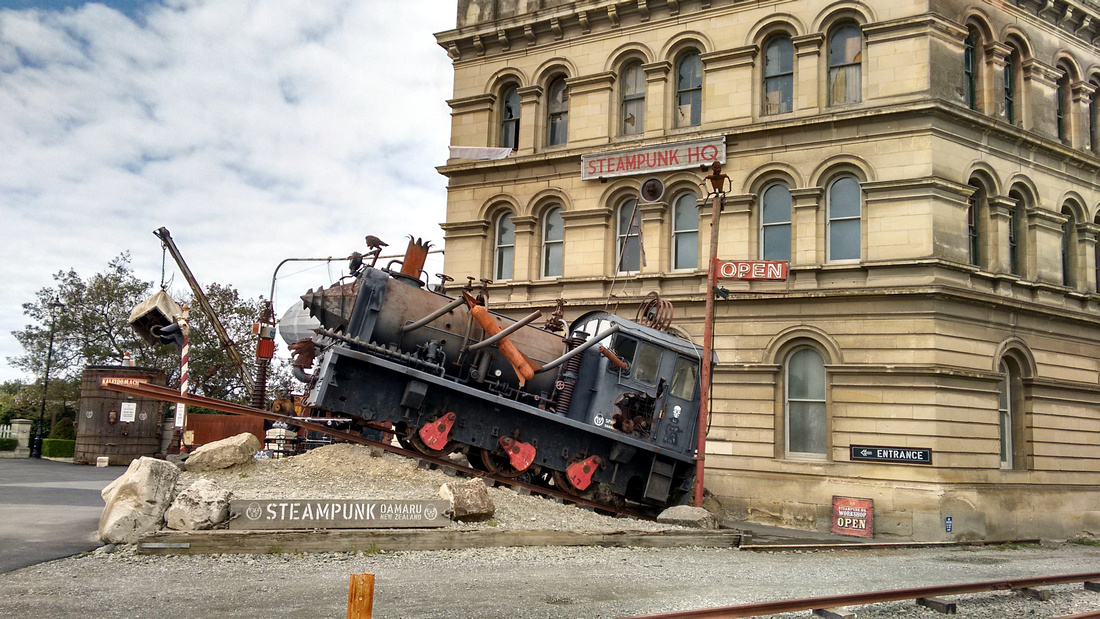 The best attractions are a bit further down the coast. First the Moeraki boulders, stones on the beach with a magnetic influence on tourists: 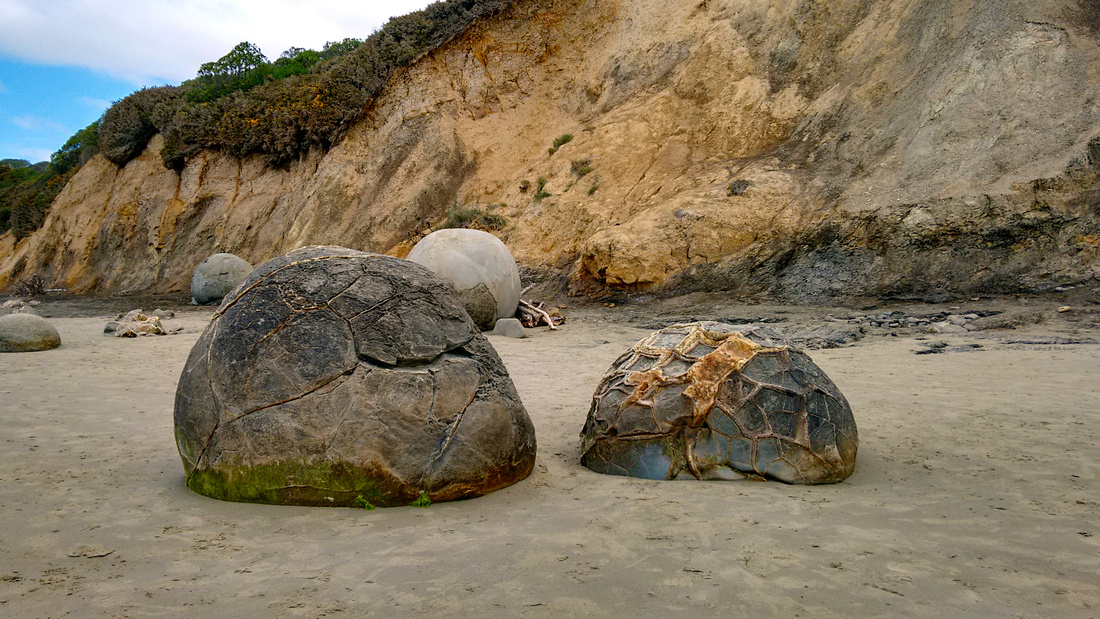 Little known the much more impressive and tourist free boulders are at a hidden beach nearby: 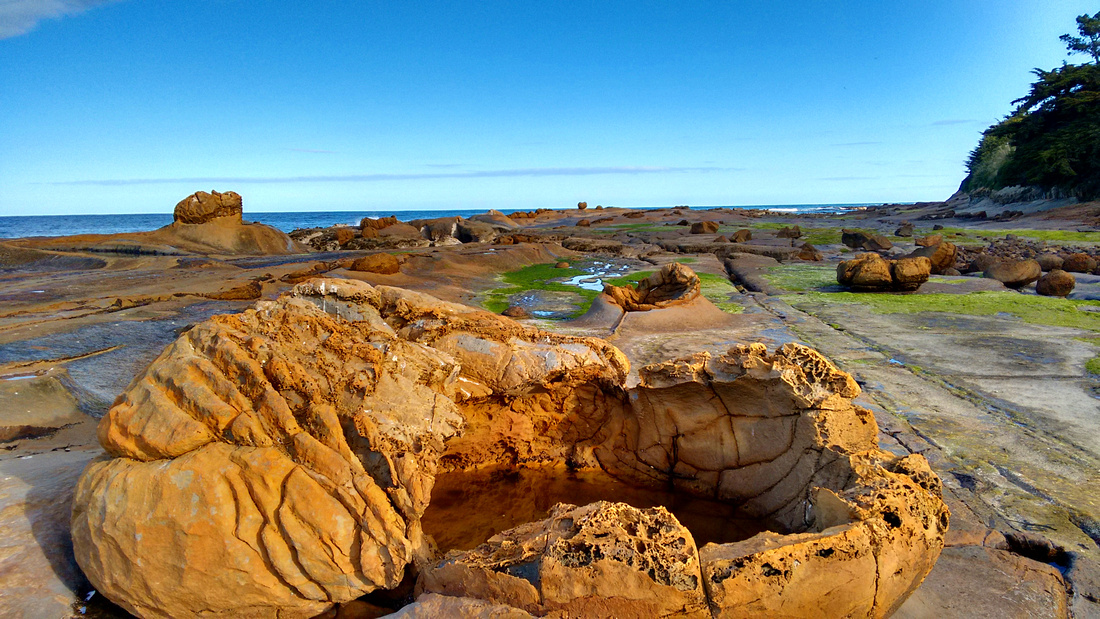 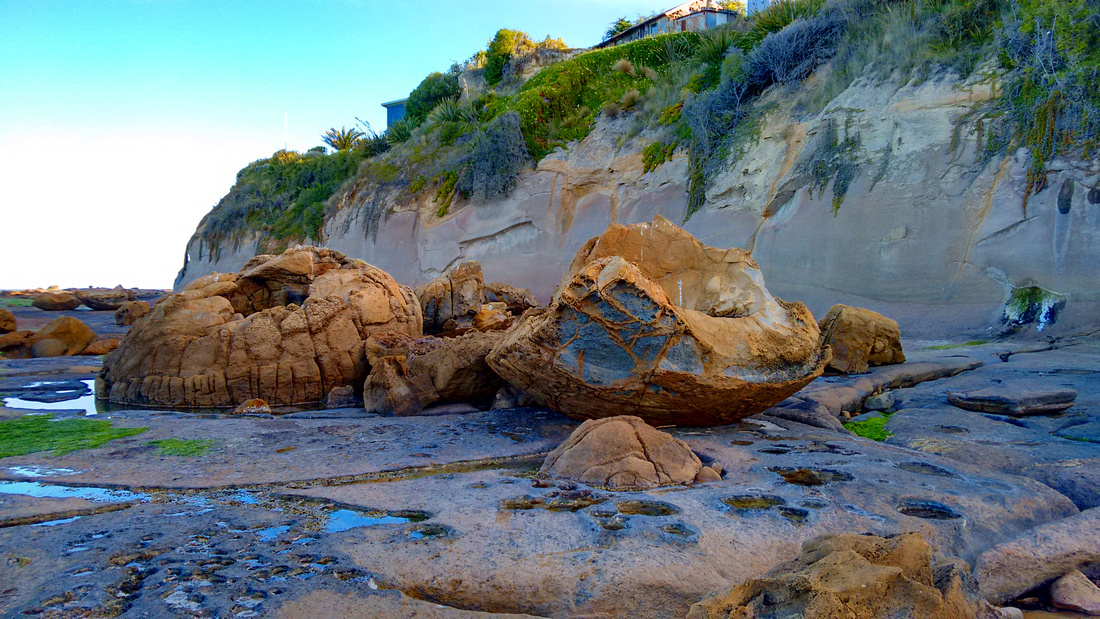 Also close by, one of the best spots to see some Yellow Eyed Penguins. Yes penguins are not living at the Antarctic exclusively. Unlike many other places at the Katiki Lighthouse you don't have to stay in a hide and watch with binoculars. Here the penguins are just meters away from you behind a fence: 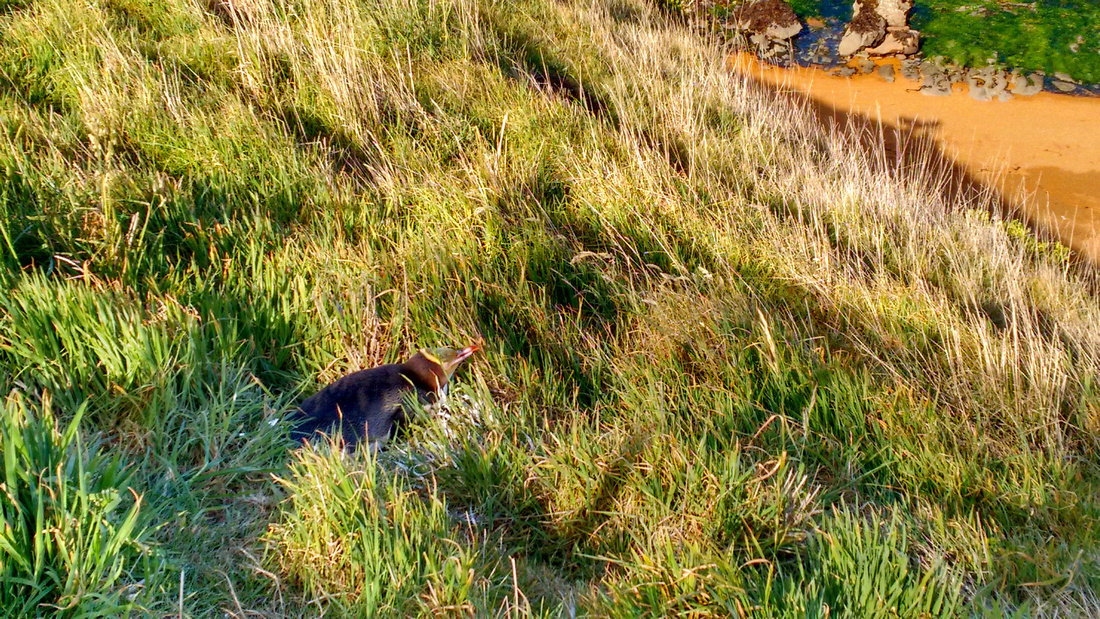 Next stop Dunedin and the steepest road in the world: Baldwin St 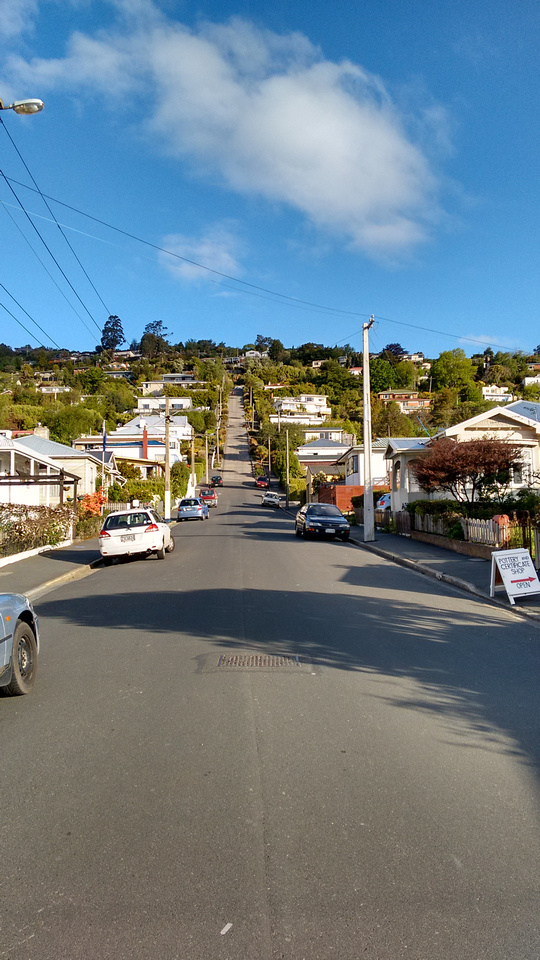 The best thing to do in Dunedin is probably to go out the Otago Peninsula. A beautiful drive through a beautiful scenery. Here the view from the Sandymount Loop Track: 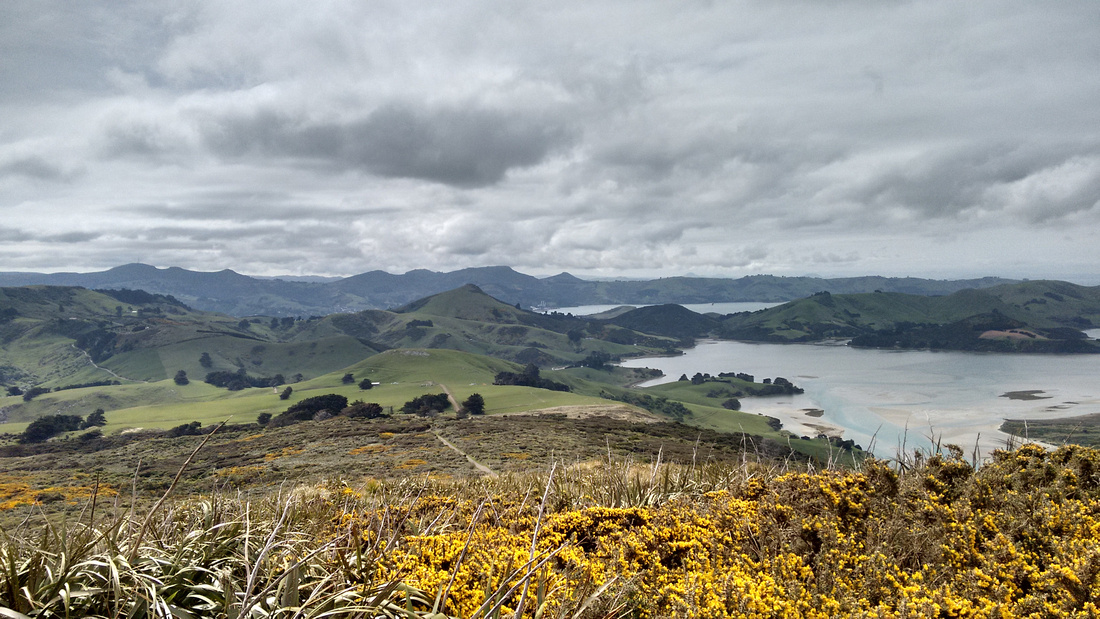