My flight out of India approached very quickly so we had to start out for Madras. On the way southwards we spent another night at the lovely Kanker Palace. Next day we went to Jagdalpur and visited the Maharaja of Bastar. He is in Prime Minister Modi's government team and told us that he has the highest security level with 120 men for his personal security. Interestingly enough there were only two hopeless army soldiers casually sitting next to the entry of his palace. You stop wondering why so many Indian politicians got successfully assassinated in the past. 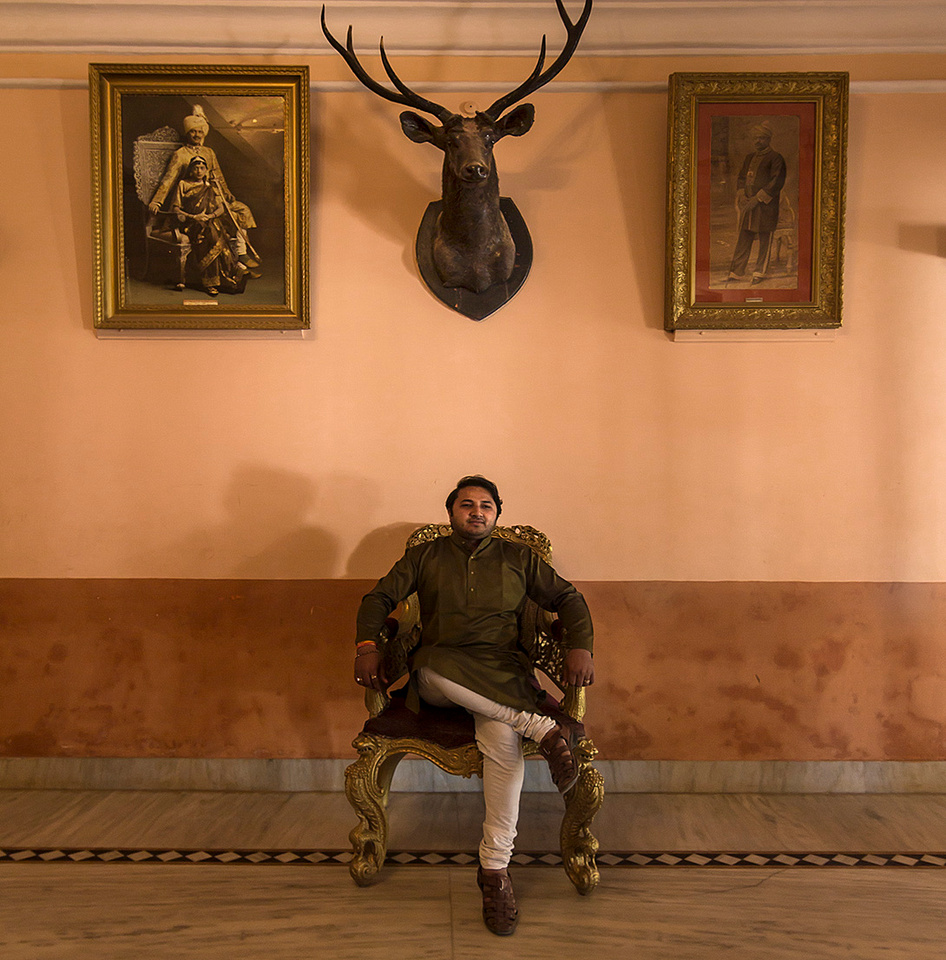 Near Jagdalpur are also the beautiful Chitrakoot Falls, where we had another stop.

Next night we stayed at the Bastar Jungle Resort just outside of Jagdalpur, also belonging to Kanker Palace. 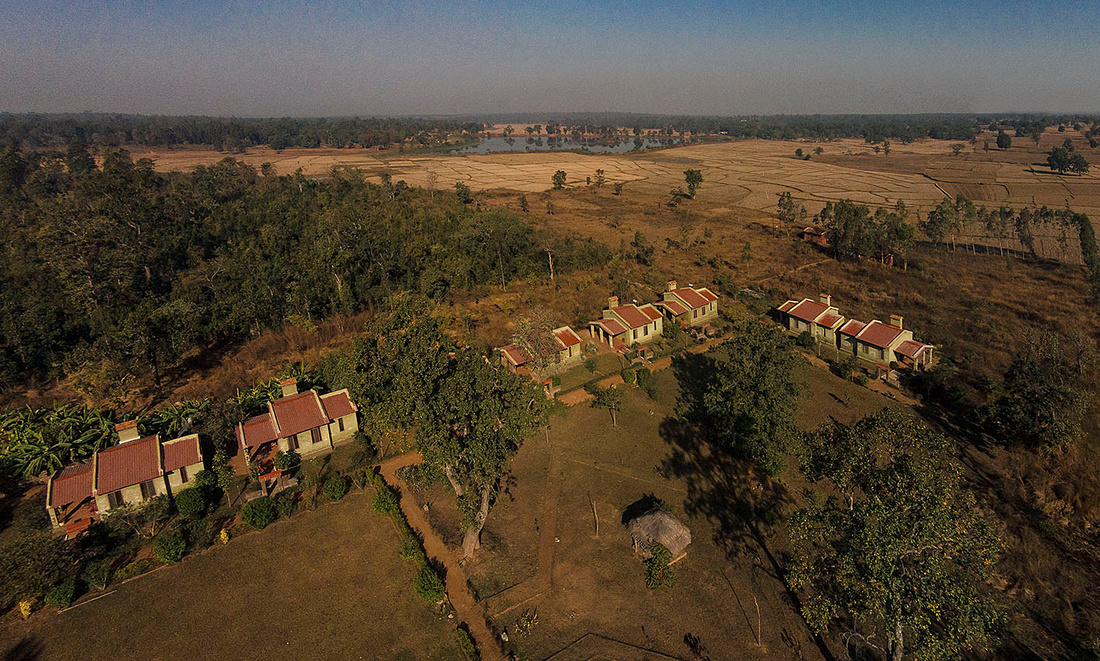 A whole days drive brought us to Vishnakapatnam, where we stayed in an unexciting beach resort with pathetic food. After watching the waiter take our order we were actually not suprised when our chicken gravy and grilled fish transformed into a grilled chicken.

On the following day 11 hours of driving brought us close enough to the airport to reach there safely on the next morning.

A quick roundup of some facts of the journey:

And to visualize that: 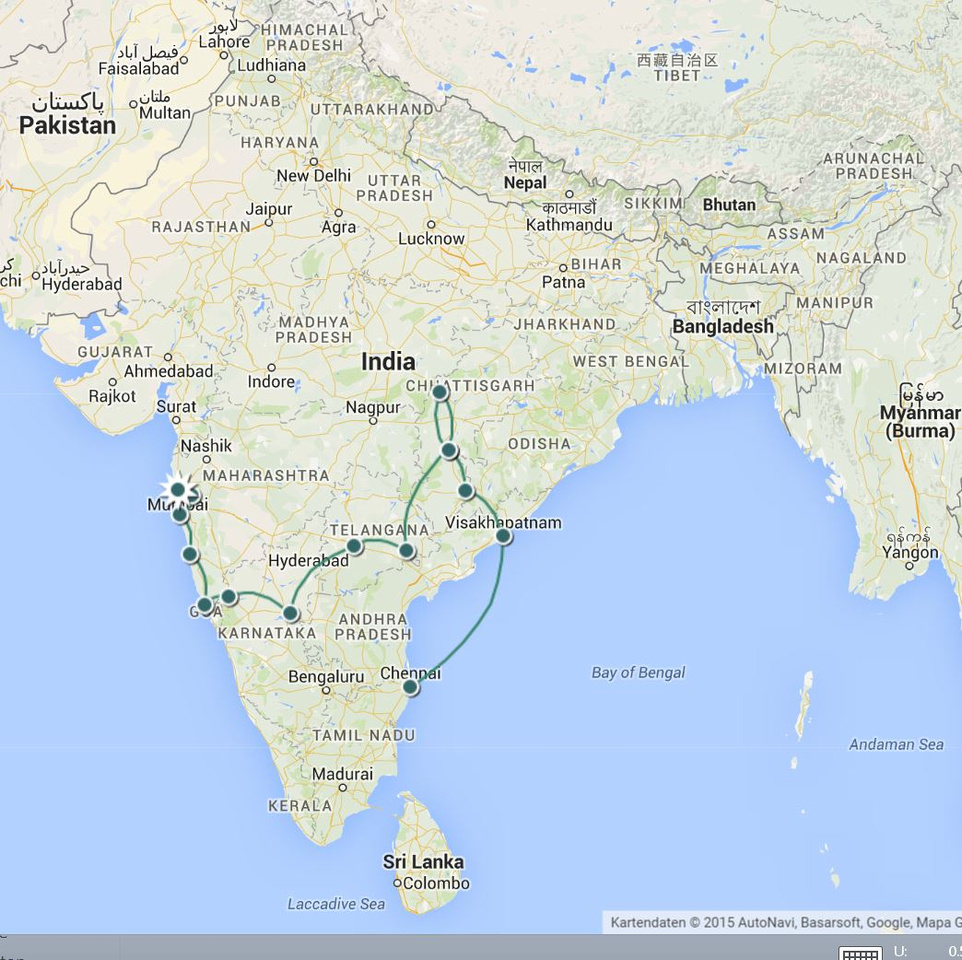 See you in New Zealand!