After driving the whole day and after a long search on narrow roads between rice fields we reached the Boulders Resort near Hampi. It is a unique place with only a few buildings in a huge compound including a nice river going right through. From no room you can see any other building. This was the view from our room - the Rockhouse

View from the Rockhouse

They also have a room in a cave on top of a hill. A good 20 minutes walk over rough terrain from the reception and restaurant area. But in return you get this view from your bedroom:

The view from another room right on the river:

View from a room in Boulders

And the pool is a natural stone pool:

The Pool at Boulders

The next day we went to Hampi, a village that is located within the ruins of the city of Vijayanagara, the former capital of the Vijayanagara Empire. These days you can only get a glimpse on the former majesty this city must have radiated.

This used to be the Royal Enclave: 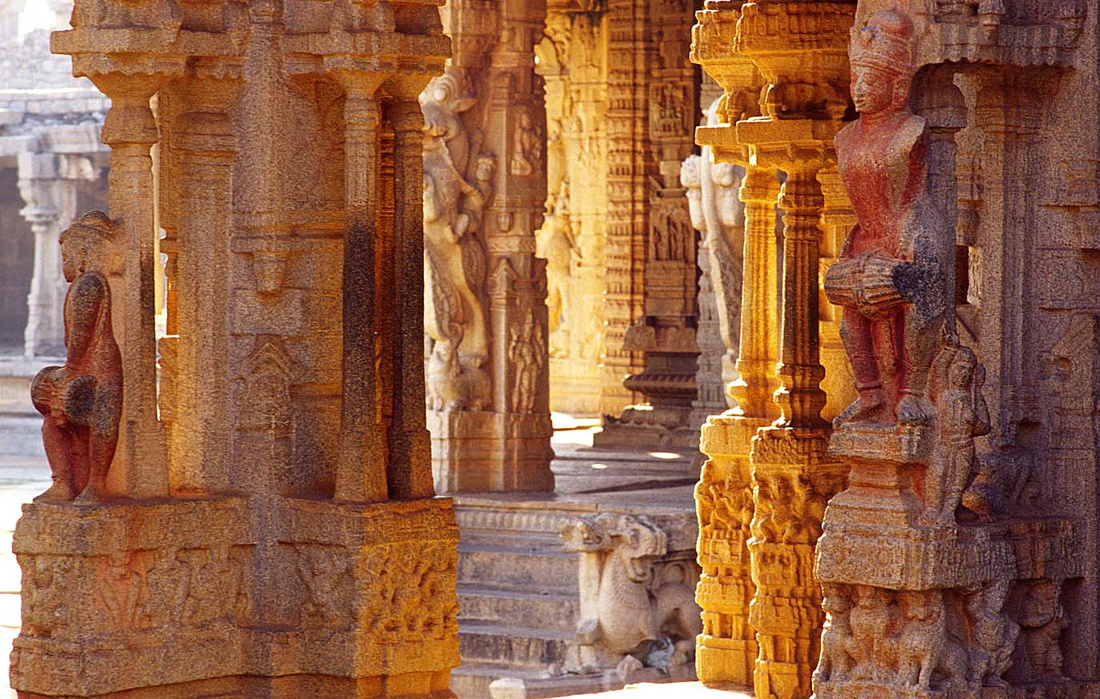 The outer wall of the Ramatemple:

The Lotus Mahal in the Royal Enclave: 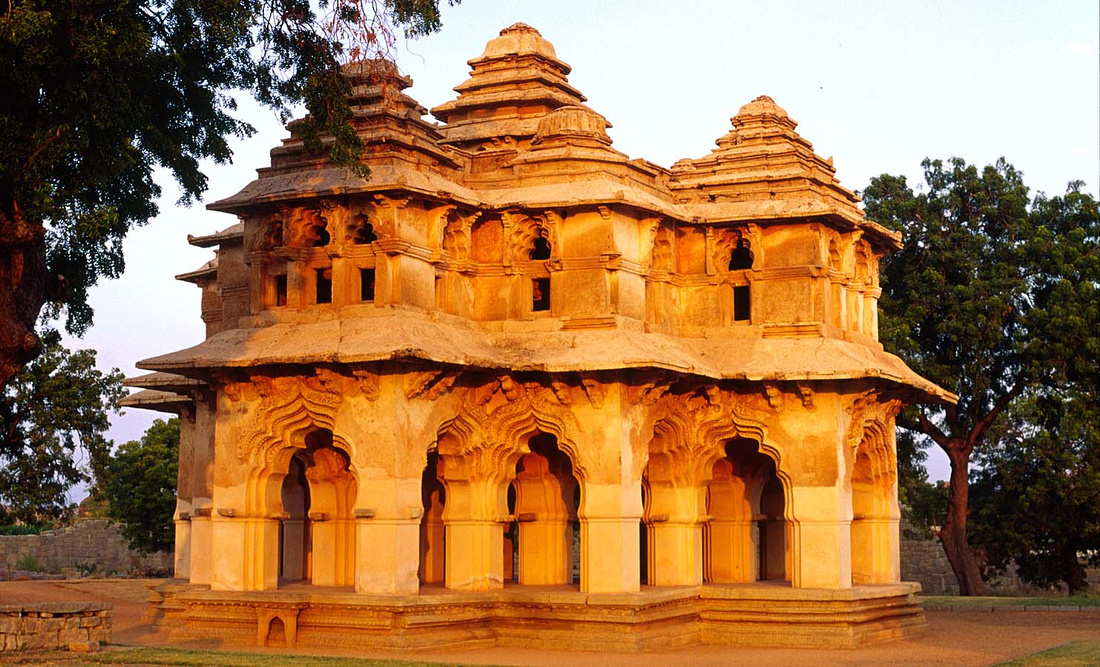 Our next destination Kanker was quite far away so we chose Hyderabad for a stopover. The last Nizam of Hyderabad was considered the richest man in the world, his wealth was not assessable. But most of his wealth just disappeared after the Indian Army annexed his state in 1948 - killing over 200,000 civilians in the progress.

Unfortunately I got terribly stomach sick and had to spend one whole day in the hotel, so we could not visit anything except a pathetic museum which is not worth mentioning.