After leaving Hyderabad we started out for our next destination Kanker, but it was soon foreseeable that it would not be possible to reach at the same day. So evening came and we found a surprisingly appealing hotel in Khammam, one of the biggest chilli exporting areas. Unfortunately the staff spoke neither English nor Hindi so communication was rather difficult but after 15 minutes they finally understood that we want a bed sheet and not an extra bed for 500 rps.

The next day we had a rough 10 hours drive through Chhattisgarh until we reached the famous Kanker Palace:

The whole royal family was also there for Christmas and New Year: 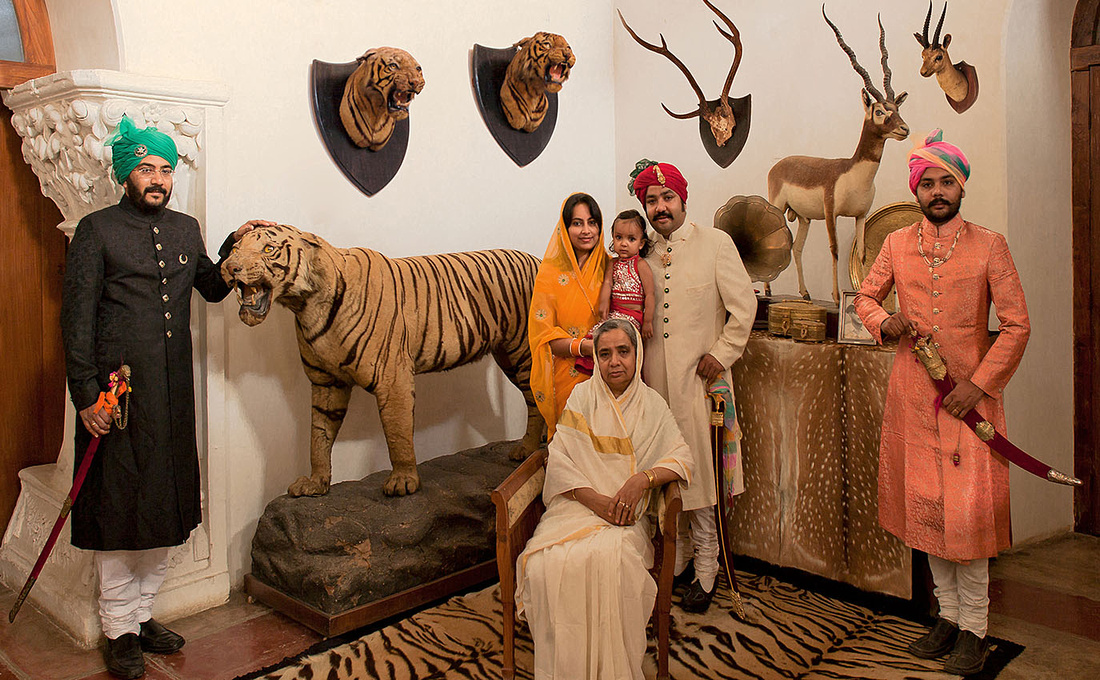 The food was delicious to say at least, Jolly (standing in the middle) is a fabulous cook. We started with deer, followed by wildboar and Kadaknath the so called black chicken. These birds are completely black: black plumage with a greenish shine, black legs and toe nails, black beak and tongue, black comb and wattles, black meat and bones and even dark organs. And very tasty. We got them fresh from a farm nearby:

Luckily during our stay the Madai festival came to Kanker. This festival is celebrated by the tribes of Kanker and Bastar to worship local God(dess). It travels through the Kanker, Bastar and Dantewada regions from December to March each year. The procession comes to the palace to pay their respect to the royal family and invite them to lead the procession to their temples. 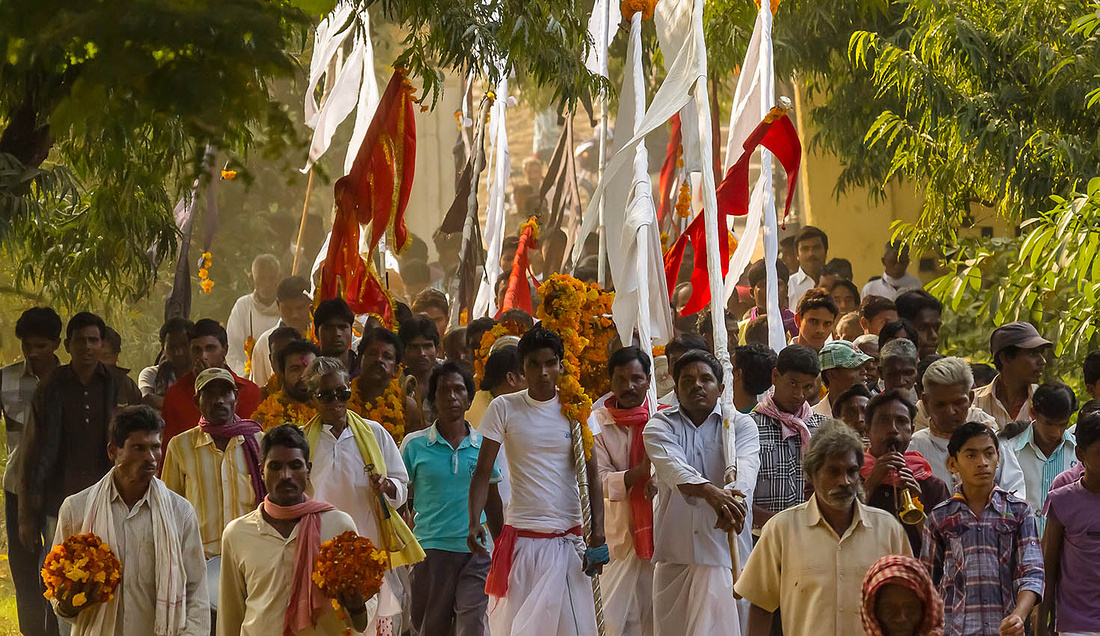 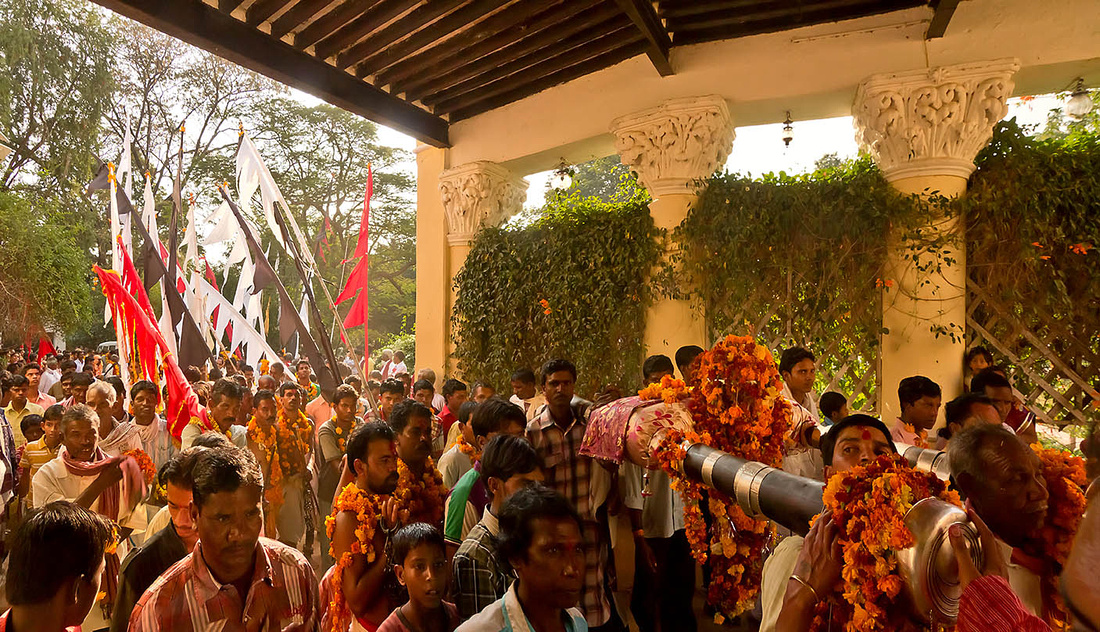 These are the Madais, symbols for their Gods:

Not everybody can carry a Madai, the porters are carefully selected.