We met some very interesting people in Kanker, among others an artist who makes a living with wood carvings. Over the course of the last 3 years he spent his spare time to carve the whole New Testament into over 360 wooden plates. What an amazing feat!

Nobody gave him anything for it, he simply did it because he is very fond of Jesus Christ. He himself is a Hindu, married to a Muslim and their children are free to choose their religion. Apparently a very liberal family, there should be more people like them in the World - it would be a much better place.

He is also working in the local prison and teaching the Naxalites in carving to give them an alternative after they get out of jail. The Naxalites are freedom fighters among the local tribals who target police forces and politicians. Their main problem is the huge amount of iron ore and bauxite which cannot get mined as long as the tribals are living there. A few years ago they managed to kill the whole congress leadership of Chhattisgarh, but now they are slowly loosing ground every year.

One reason for their growing unsuccessfulness is the Counter Terrorism and Jungle Warfare College in Kanker, which we visited: 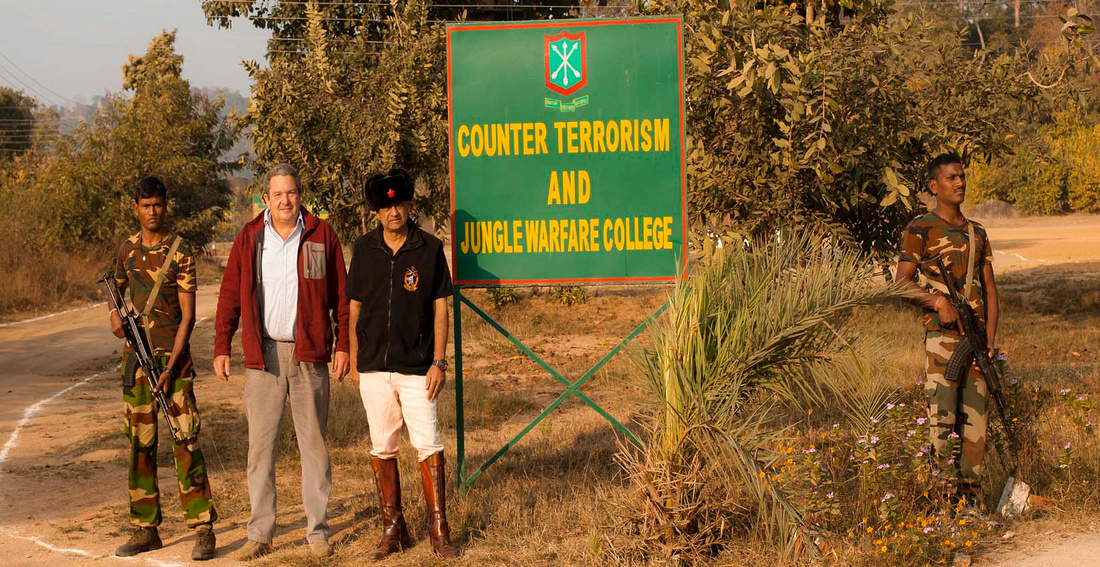 Founded in 2005 they train police officers to fight the Naxalites in the jungle. Apparently the training is very successful and converts completely useless and hopeless bribe collectors into skilled fighters.

The Brigadier was so nice to show as around and explain us their strategies they use to approach villages and secure areas. 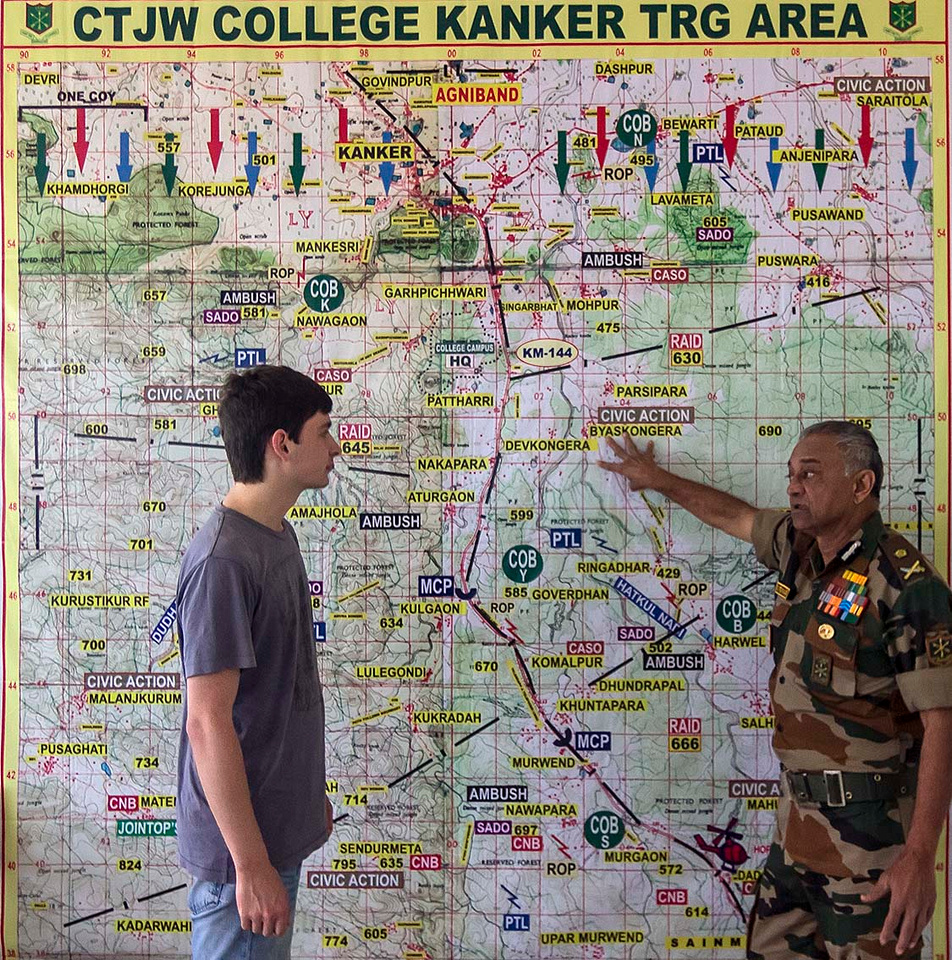 They made many signs over the whole compound, a few worth mentioning:

Commandos are the one thing you cannot buy on the market

And in the evenings there was always time to sit at a bonfire: