After Waihi I went to Whakatane where I booked a White Island Tour but first a nice walk was waiting for me: The Kohi Pt Track

From there you get a nice view on the Whale Island. 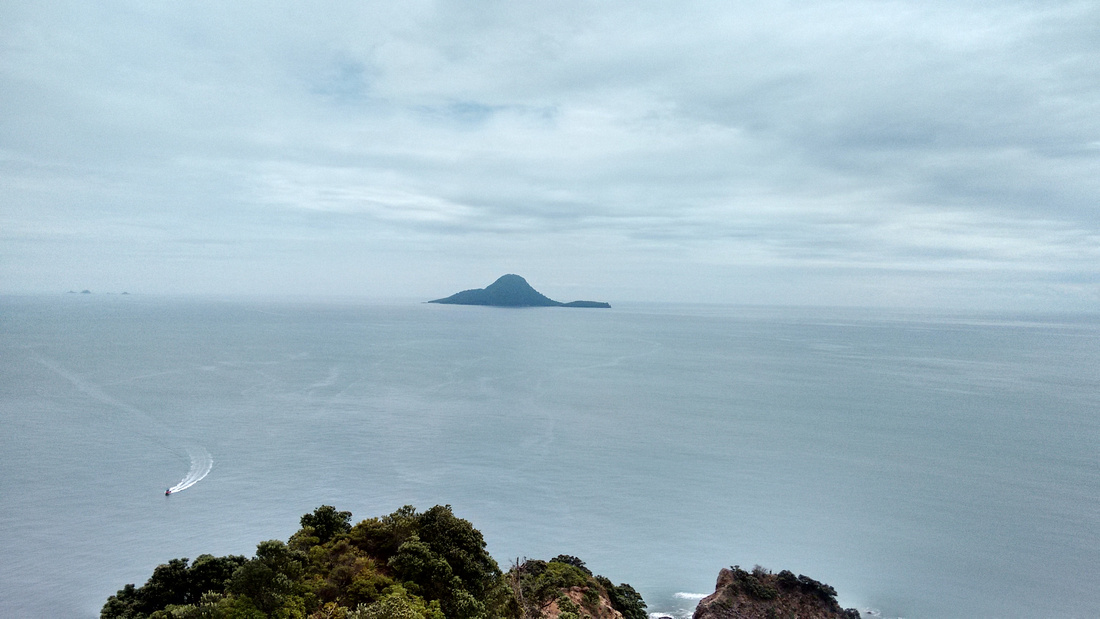 Down on Otarawairere Beach I found a nice hidden waterfall: 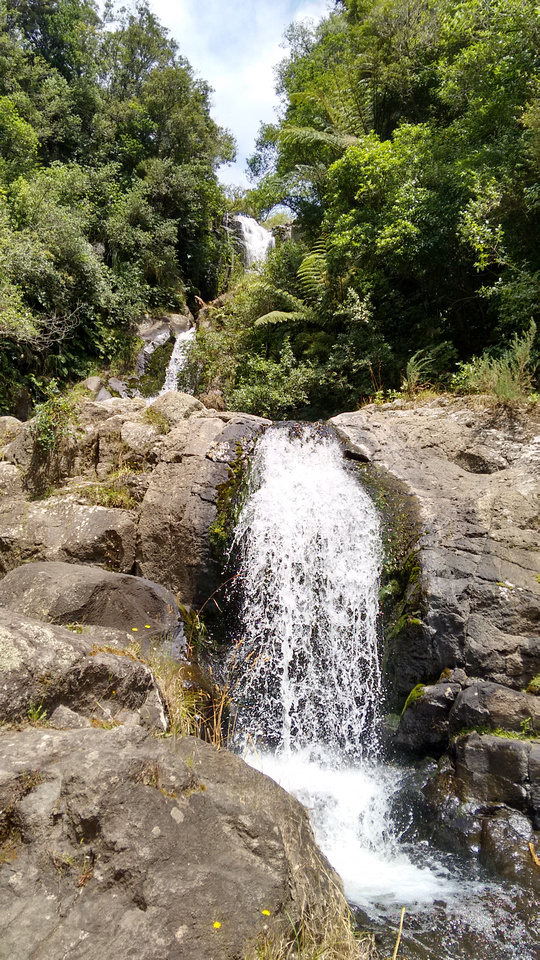 Next day the boat to White Island was waiting for me. White Island is the only active marine volcano in New Zealand, it has a constant background activity but is considered rather safe to visit. Landing on the old wharf we got right into some ruins. 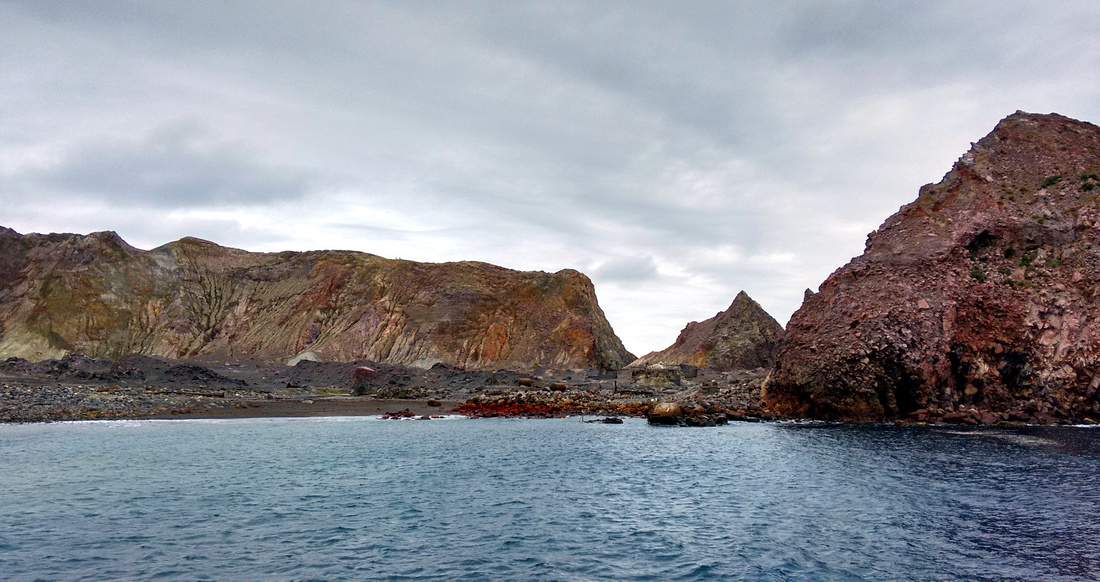 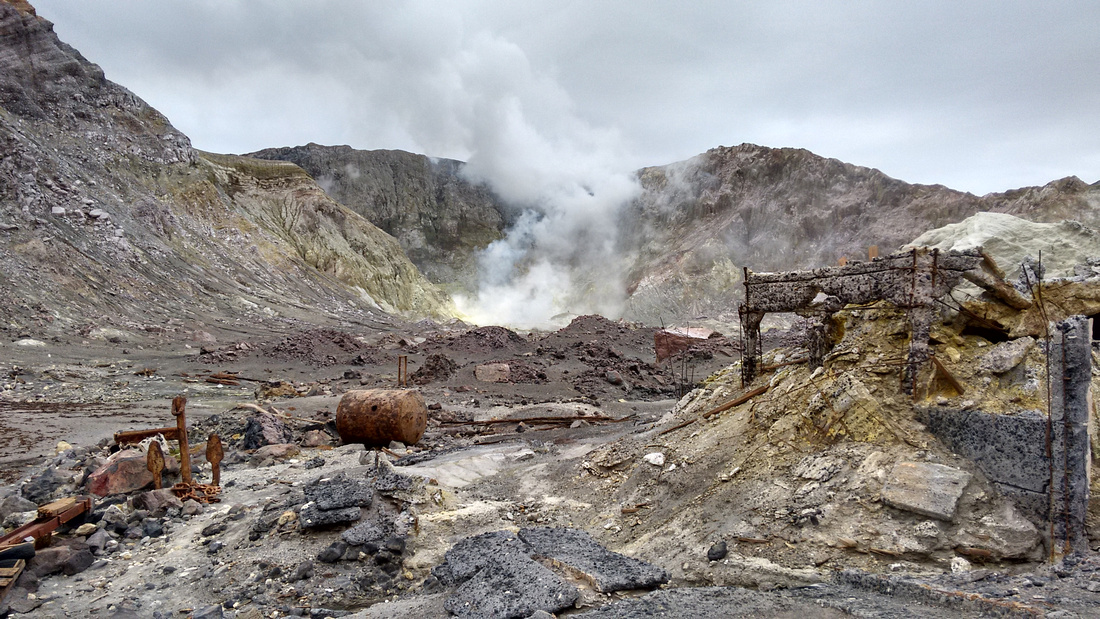 Mining Sulphur was stopped for the last time in 1933 due to a bankrupt. The first mining operation had a rather nasty ending as a lahar wiped out all buildings and workers in 1914.

The Sulphur is quite impressive and also very unconvenient, a gas mask is highly recommended. 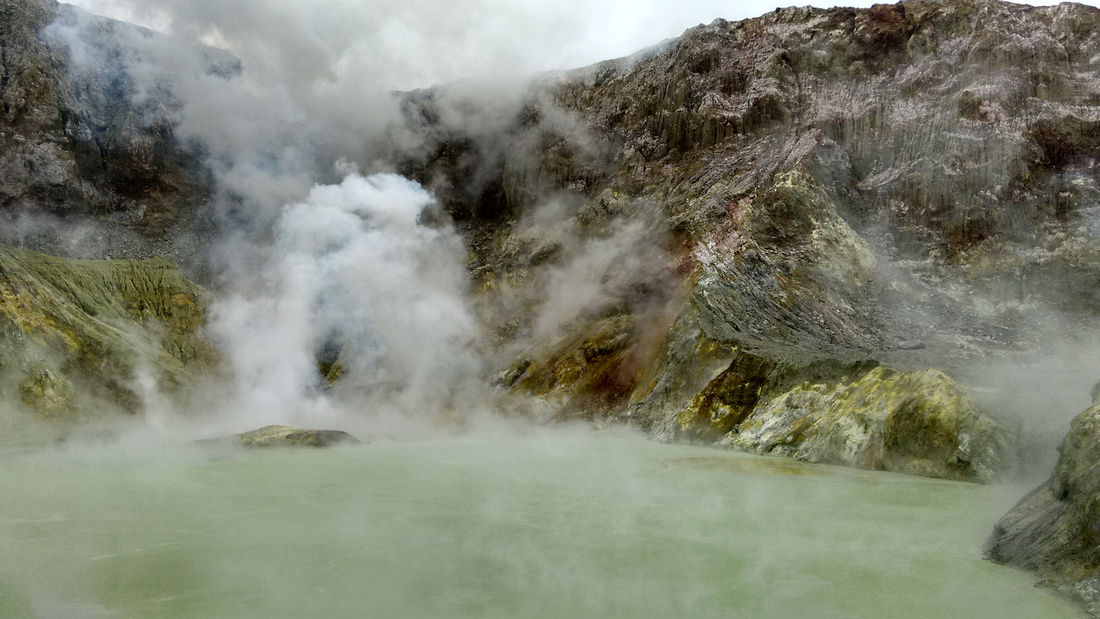 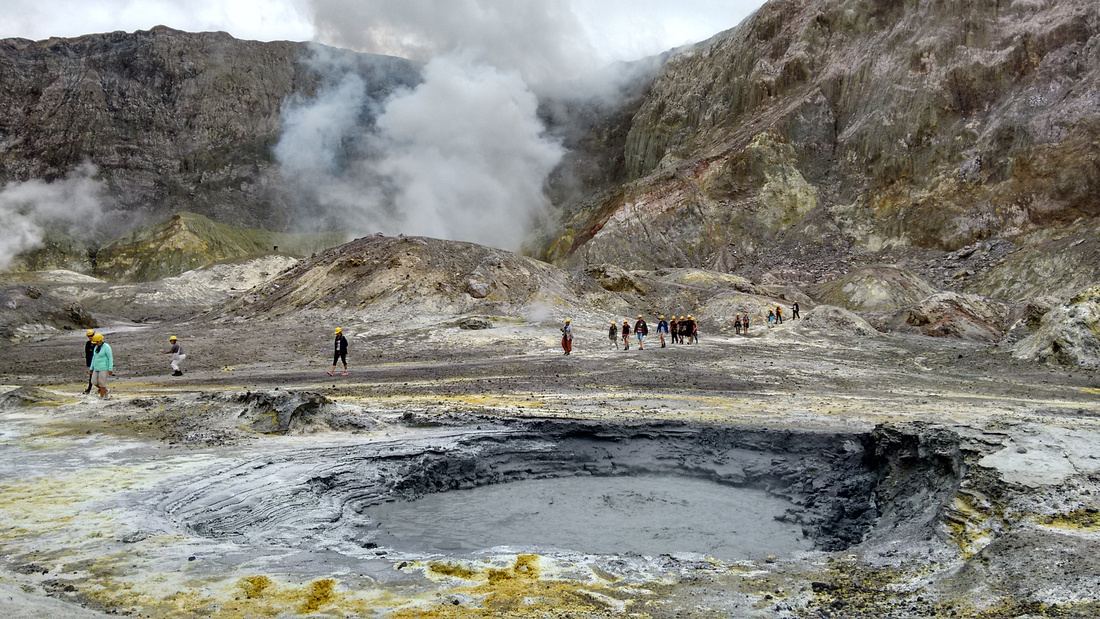 On the way back some dolphins played along the boat: